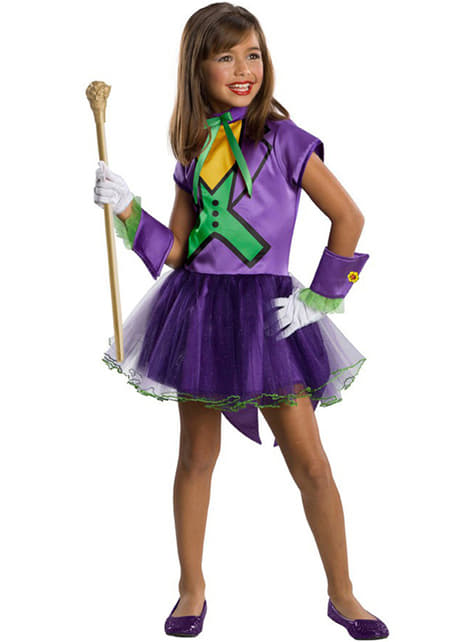 You’ll be Batman’s favourite super villain with this Joker tutu costume for a girl.

The Joker is a fictional character, from the DC Comics universe and is the arch-enemy of Batman. The character is responsible for many misfortunes in Batman’s life, such as the death of Jason Todd, the second Robin, the paralysis of Barbara Gordon, better known as Batgirl, the murder of Carl Beaumont and the death of Sarah Essen-Gordon.