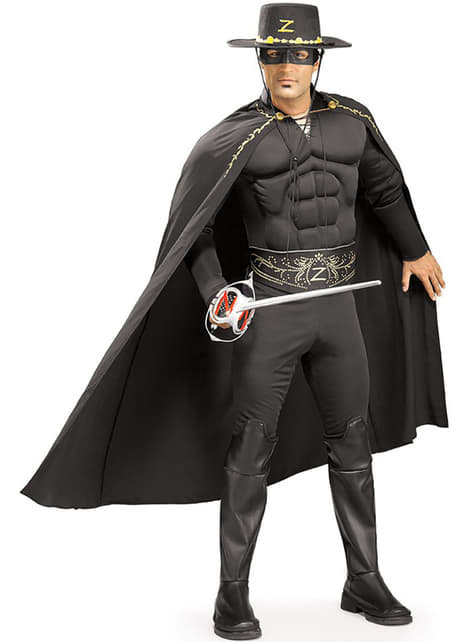 You’ll put a stop to criminals and villains with this Zorro deluxe costume for an adult.

Don Diego, son of a wealthy landowner, is the alter ego of Zorro. In his secret cave, Diego dresses in his black suit, mask, hat, cape, whip and sword. He comes mounted on his black horse, Tornado, who he rides at night. A well-known intellectual who dislikes violence, nobody suspects Diego is the daring Zorro. 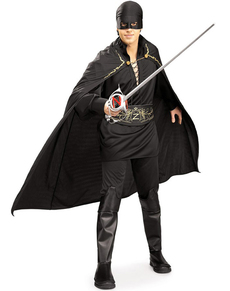 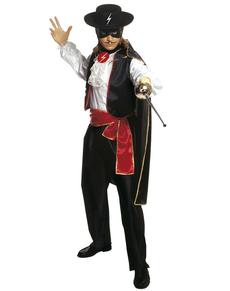 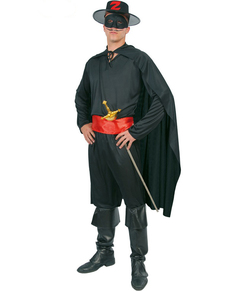